WHAT IS JATAMANSI? INDIAN SPIKENARD, SOURCE OF AN ANCIENT OIL: MEDICINAL BENEFITS OF JATAMANSI 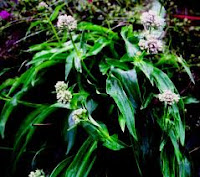 JATAMANSI, INDIAN SPIKENARD, NARDOSTACHYA JATAMANSI
Jatamansi or Indian spikenard or musk root has been used in medicine for thousands of years. It is native to the Himalayas where it grows at heights of between 3,000 and 5,000 feet. It is cultivated in India where it is used extensively in perfumes and medicines. The part used is the hairy root, which is how it gets its name, as jatamansi means hirsute. The flowers are red or pink and red or blue, and the hairy root or rhizome is aromatic, giving rise to its name ‘musk root’.
This is the Spikenard of the Bible which Mary, the sister of Lazarus and Martha used to anoint the feet of Jesus. It is one of the oils mentioned in various places in the Bible along with oils of myrrh, frankincense and sandalwood. It is also one of the 16 aromatics which was a mixture used by the ancient Egyptians, called kyphi. This contained frankincense, spikenard, saffron and cassia among other aromatics and was used in religious rites in temples and burned in homes and used to perfume the body and clothes. Plutarch, writing of kyphi said that its “aromatic substances lull to sleep, allay anxieties and brighten dreams. It is made of things that delight most in the night”. So I guess it was also used as an aphrodisiac. 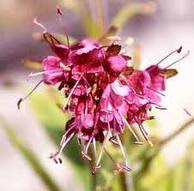 When Tutankhamen’s tomb was opened in 1922, archaeologists found an unguent which still had an aroma after more than 3,300 years, and analysis showed that it contained both frankincense and Indian spikenard. In 2000BC Indian spikenard is mentioned in Ayurvedic medical texts as an oil, which was used along with that of sandalwood in the treatment of various ailments.
Ovid mentions spikenard in his description of the fabulous bird, the phoenix. He wrote that the poor phoenix lived for 500 years then built itself a huge nest and collected myrrh, cinnamon and spikenard, placed them in it and then, amidst the sweet-smelling substances, lay down and died. A young phoenix then emerged from the parent’s body.
Writing in the 5th century AD Apicius said that “spica nardi” was one of the essentials for every kitchen along with myrrh, juniper, cinnamon, saffron, ginger and others.
In the first century AD Dioscorides praised spikenard and called it Nardin. It was known to the Arab and Persian physicians as Sumbul-i-Hindi.
The rhizome is used in Ayurvedic medicine as a tonic, a digestive aid, and antispasmodic, a stimulant and to treat hysteria, epilepsy, insomnia, improve blood circulation, and help with mental health. It is good for the heart, liver and a diuretic in the Unani system of medicine which was introduced to the subcontinent from Greece (Unan) by the Arabs.

Medical trials have shown that the rhizome contains a sedative sesquiterpene which has the same properties as valeranone which is found in valerian. New substances have been found in the rhizome such as the coumarin, jatamansinisa. It has been found that the rhizome extract is good for lowering cholesterol and stimulating the production of serotonin, which promotes feeling of well-being. So Plutarch described one of its effects accurately. It is good for the normal functioning of both the liver and the heart because of its strong antioxidant powers and as it can combat oxidative stress, it can help stave off the onset of Parkinson’s disease. It can also remedy arrhythmia or palpitations of the heart.
In traditional medicine it is believed that a paste of the rhizome and water can help skin problems such as acne and make for a fair glowing complexion. This paste is also given to alleviate pain and swelling. The powdered root is used as a deodorant, and a decoction is given for skin problems. If taken internally the decoction can aid digestion and stimulate the appetite, and treat hepatitis, clean the uterus, and so help with menstrual problems and infertility. However it should be avoided during pregnancy and the lactation period. It is also said to help calm down hyperactive children as well as agitated mental patients.

Unfortunately the plant is now endangered because it is in demand by pharmaceutical companies in the West and impoverished locals want to earn as much as they can, as they are largely ill-educated and feeding their families is more important to them than the eco-system. This is the same problem facing the Himalayan Yew.
Posted by abbas at December 17, 2010

Email ThisBlogThis!Share to TwitterShare to FacebookShare to Pinterest
Labels: JATAMANSI